Hey, Today in this article we are going to give you the Past 100 PESCO NTS MCQs for Electrical/Electronic Engineering jobs in 2019, These MCQs are taken from past tests of Peshawar Electric Supply Company (PESCO) test of National Testing Service.

These PESCO NTS Test Mcqs will help you for the Preparation of Job Test,  Interview, and competitive exams, etc. These Electrical/ Electronics NTS MCQs will help you to secure maximum marks in upcoming PESCO NTS  test and also you can get the idea of NTS tests for various electrical/electronic engineering related jobs. 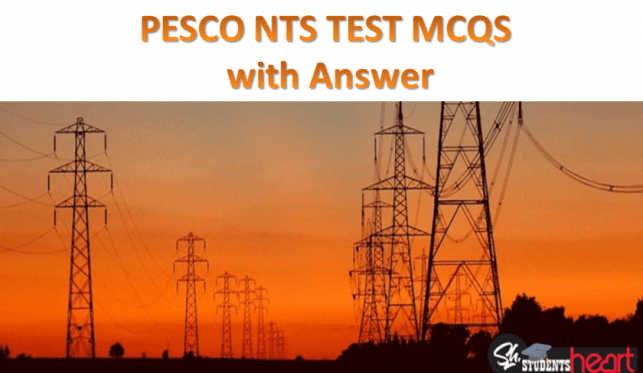 If you like this post, then share this post with your friends and family so that they could also get maximum benefit from this information, and if you have any information regarding NTS tests and getting JOBs in Pakistan then please comment down below your experience so that, our viewers can get benefit from your knowledge.