Most Repeated PPSC MCQs with answers ( For Jobs in Pakistan)

Hey friends, Today in this blog we are going to give you the List of Most Repeated PPSC MCQs with answers For jobs in 2020, These are the MCQs that are mostly repeated in Punjab Public Service Commission tests.

These MCQs are collected from various test, past papers, and various sources. we have collected all the data and merged them into one file you will be able to download the PDF of Most Repeated PPSC MCQs and their answers so that you can get maximum benefit from these MCQs that is a most repeated in every PPSC test or exams for job.

[adsforwp id=”3715″]
These MCQs will not only help you for the prepration of PPSC test but these MCQs can also be important for the preparation of CSS, PMS, NTS, KPPSC, and other competitive exams of Pakistan. 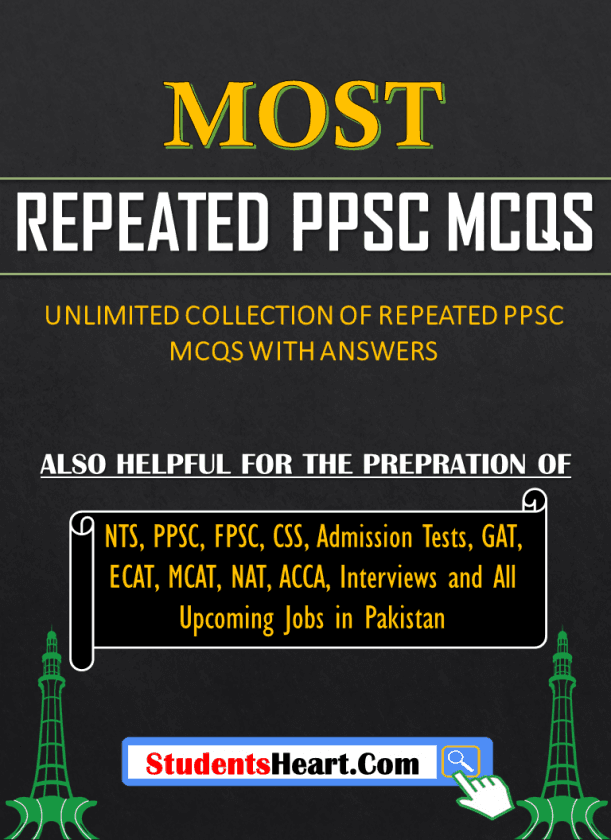 Also Read: List of Most Repeated NTS MCQs for Jobs in Pakistan

Download PDF of Most Repeated PPSC MCQs With Answers

Note: If you want to read these MCQs offline, then you can download these MCQs from here.  All of above repeated PPCS MCQs with their answers are available in the pdf that I have linked down just click on download.

If you like this collection do not forget to comment below and share this post with your loved ones, and if you have any information regarding various tests and getting JOBs in Pakistan then please comment down below your experience so that, our viewers can get benefit from your knowledge.

Thanks for visiting STUDENTSHEART.COM

How to IR Sensor Interfacing with Arduino Code