This post is updated as per the new survey of Best Schools in Pakistan!

One of the reasons for this loss is that people nowadays do not believe in the Schooling System.

This is just because the people of Pakistan do not believe in Pakistan’s Schooling System. Due to the lack of capable teachers and lack of facilities available in schools, most of the government schools are not capable of providing quality education to your children; this case is also true for some private Schools.

For that reason today we are going to reveal Top Best Schools in Pakistan where you can ensure that your children and loved ones will get a good and quality education.

The List “Best Schools in Pakistan” is consisting of Best Private Schools of Pakistan.

BEACONHOUSE SCHOOL SYSTEM was established in November 1975 with the motto of “ Seek the Light”. Beaconhouse School system has more than 30 sub-branches in different cities of Pakistan. One thing common you will find in the Beacon House School system is that the quality of education. 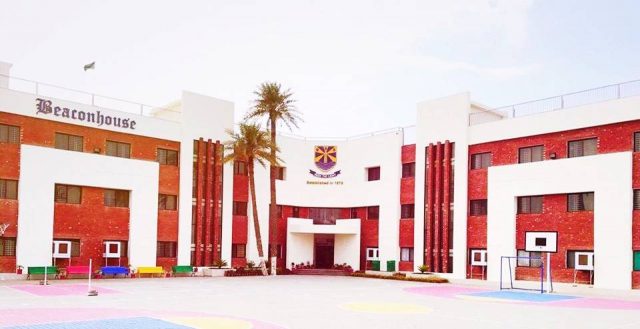 Some of the notable alumni from the Beaconhouse School System are

Roots Millennium School is one of the best schools in Pakistan with a legacy of 33 years in academic brilliance establishes by Chaudhry Faisal Mustaq (Tamgha-i-Imtiaz). The Millennium academic programs include early years, primary years, middle years, upper-middle (IGSE, O level, Matriculations and IBMYP ), and A level.

The world is evolving rapidly and the culture that differentiates Millennials is now more vital than it has ever been before. TME Benefits its students with STEM, Robotics, German and Chinese Language, Gymnastics, Creative Arts and Athletics, Carnivals, Entrepreneurship, Clubs and Societies, TME Art Programme, TME Music Programme, Counselling Programme, Citizenship TME Library, and Reading Programme, Counseling programme and much more. Aitchison College, Lahore, is one of the most prestigious educational institutes in Pakistan; it was established in 1886. It has semi-private boys school for boarding and day students from grade 1–13. The best part of this AITCHISON COLLEGE LAHORE is that Almost 90% of boys who graduate study overseas for their bachelor program with much-gaining entry to the world’s top universities.

4: CONVENT OF JESUS AND MARY:


CONVENT OF JESUS AND MARY commonly referred to as “Convent” is one of the best school In Lahore, this is only girls school. It was established on 17 November 1876. Today,  Convent have almost 8 schools in different areas of Pakistan.

CONVENT OF JESUS AND MARY

This school has given us a number of heroes few are listed here:


Tameer-i-Wattan Public School & College, Abbottbad was established in May, 2007 with the aim of providing quality education at affordable expenses. Its standards are designed to prepare the students to meet the challenges of the nation.

Tameer-i-Wattan Public School provides a healthy and competitive environment for the development of academics and professional skills of the student through an elaborate system of interactions with faculty and different cadet colleges. 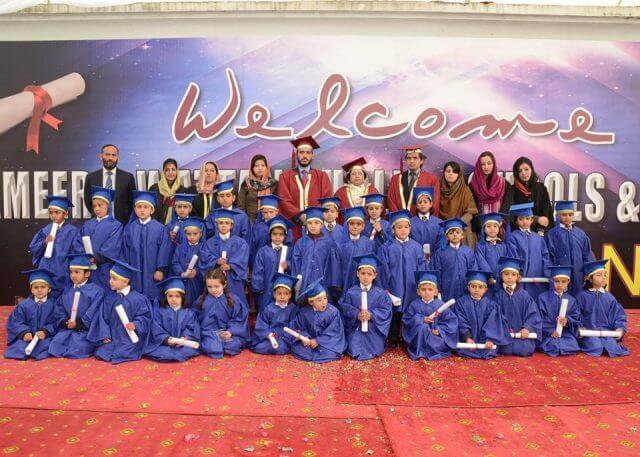 Lahore Grammar School or commonly referred to as LGS is one of the best private school systems in Lahore, Getting admission in LGS is one the tough part.

The best part about getting admission in LGS is the environment and education of LGS, also it is affiliated with the Cambridge Board of International Examinations for the O and A Level programs. 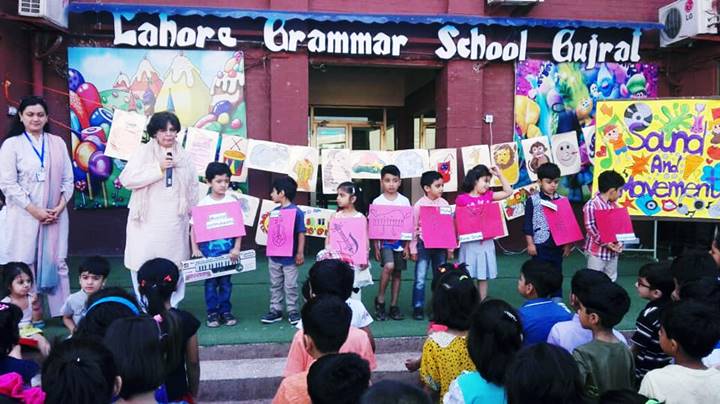 The school offers many indoor and outdoor extracurricular activities, such as ample sports fields, auditoriums, libraries, swimming pools and state-of-the-art science and computer labs. The school has two separate branches for boys and girls, Crescent Model School follows Lahore Board curriculum and also it provides education of O’ levels and A’ Levels. 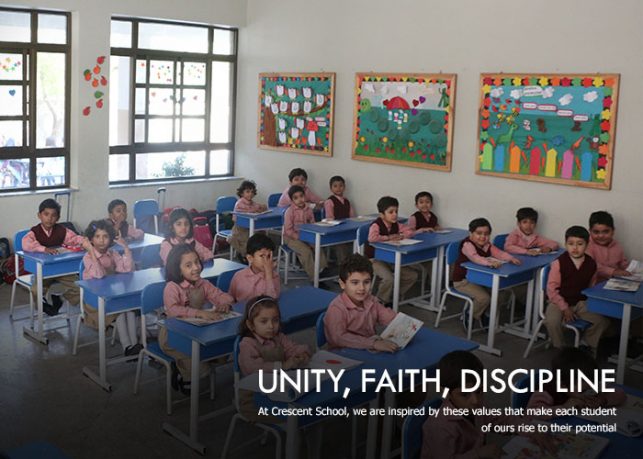 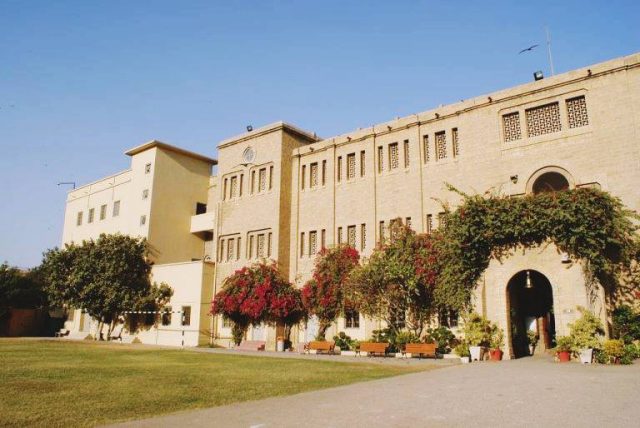 A number of Pakistani Heroes have studies from this KGS school few are listed here:

MAMA PARSI GIRLS’ SECONDARY SCHOOL is also one of the best school in Karachi, Sindh, Pakistan. It was established on 1 April 1918. This school provides Matriculation and Cambridge system. 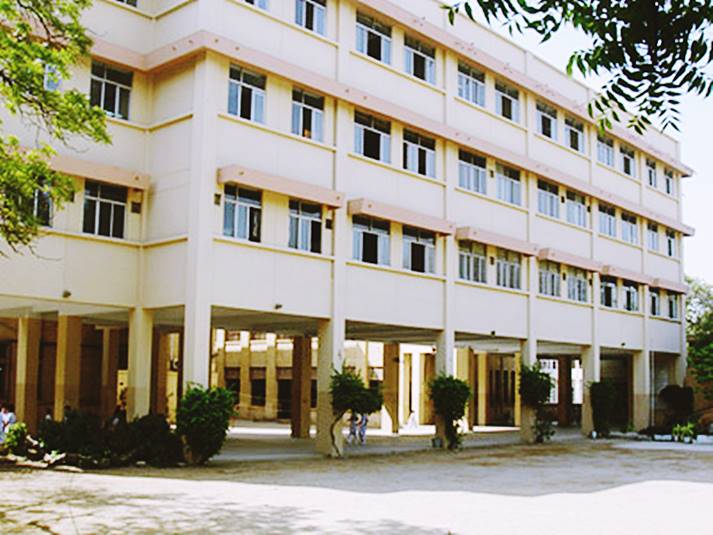 [adsforwp id=”3725″]
Bai Virbaijee Soparivala or most commonly referred to as (BVS) Parsi High School is situated in Karachi and it was established in 1859. It is also one of the best school in Karachi. 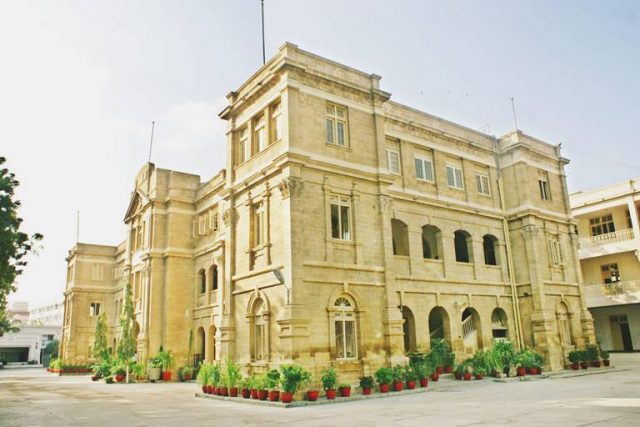 Notable Alumni from BVS Parsi High School are listed below:

Habib Public School is situated in Karachi, It was established on 7 July 1959. Every year HPS conduct Entry test thousand of Students apply for it and only a few deserving students get admission in the Habib Public School. 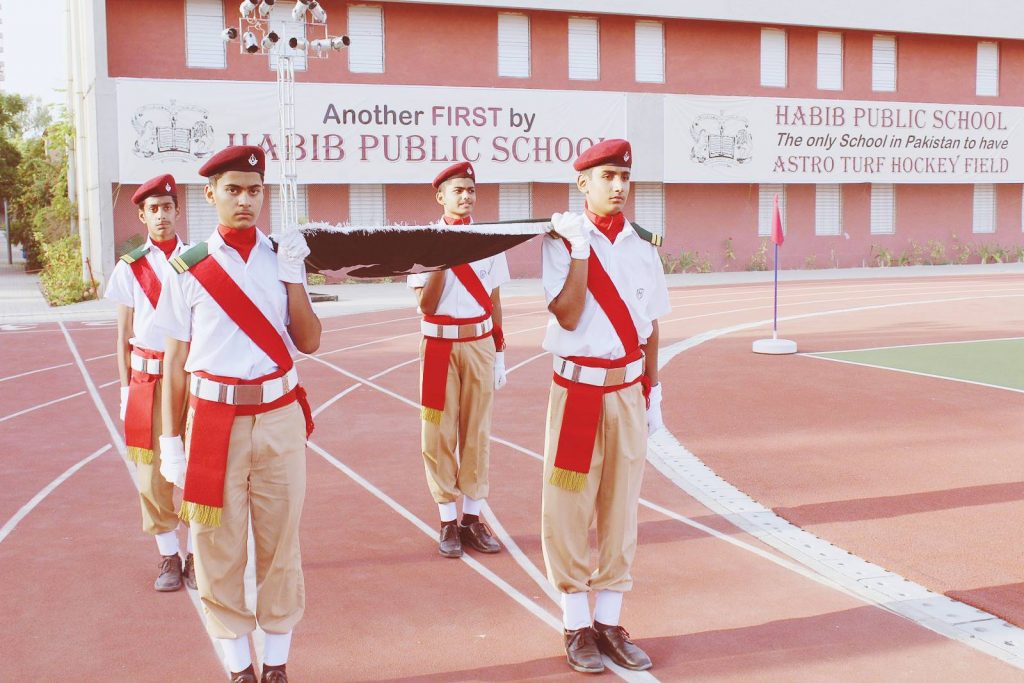 This school has given our country more than one Famous Hockey Players few of them are listed here:

Foundation Public School was established on October 14, 1981. It is situated in Karachi, They have total 10 campuses now 3 of them are in Hyderabad, Sindh and 7 of them are in Karachi, Sindh. The Student Studying in FPS are so creative. FPS have different activities which bring out the creativity of Students. FPS in one of the growing School System in Pakistan. 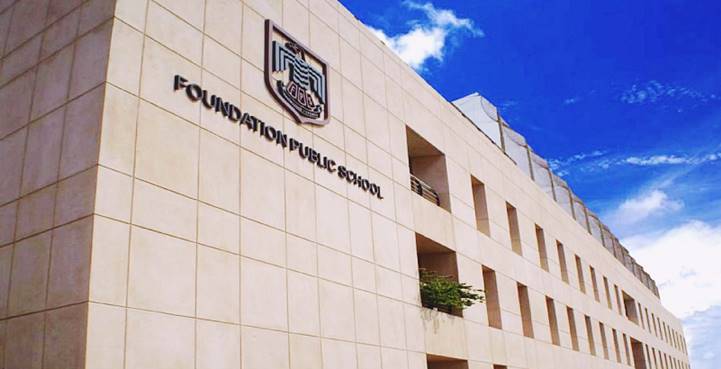 It is the only school in Karachi which offers a British education system from Nursery to International General Certificate of Secondary Education (IGCSE) and A-Level. Teachers of BOS School are well qualified from UK British Curriculum. 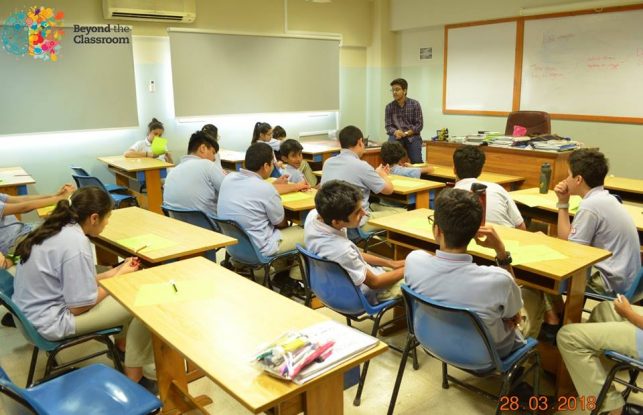 Dar-e-Arqam School System is one of the best private schooling networks in Pakistan, it was established in the year 1991. The First Dar-e-Arqam was built in Sargodha nowadays  Dar-e-Arqam school is one of the largest growing school systems with more than 170,000 students and more than 660 branches all over Pakistan. 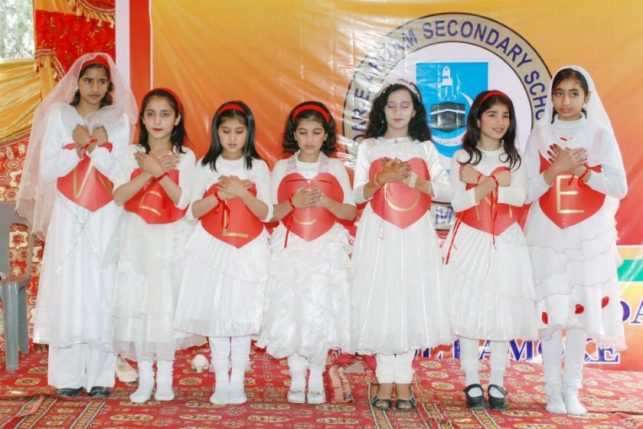 Pak-Turk International school or PTIS is a private school which was established in 1995 with the collaboration of Pakistan and Turkey.

Now Pak-Turk International school have more than 25 Branches in Different cities of Pakistan. They have qualified Teachers, They provide quality Education to your child. 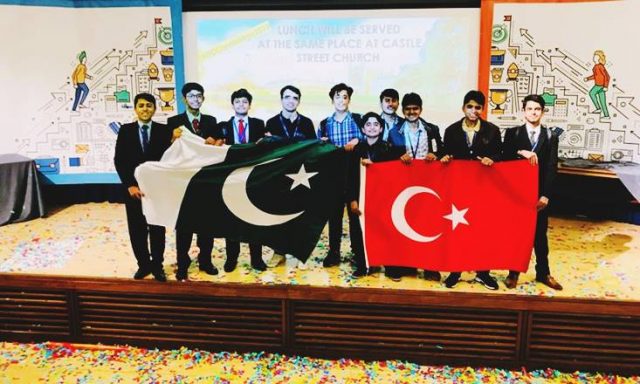 The aim of this cadet college was to train students to become future officers in the Pakistani Military.

Sadiq Public School is located in Bahawalpur, Punjab, Pakistan. It was established on 18 January 1954. It is one of the largest school in Pakistan in the area wise, The curriculum of Education in Sadiq Public school is from KG to O-Levels and A levels. 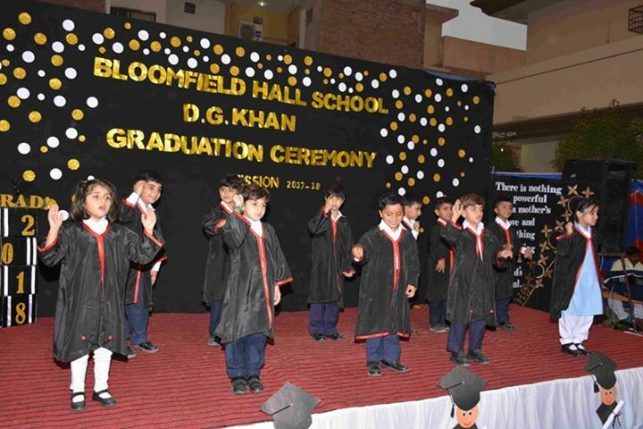 Wilderness School Quetta was founded in the year 1999. It’s one of the best private school in Quetta which is committed to providing an education of excellence that meets every student’s interests, talents and desires within a common curricular framework which reflects and promotes an understanding of, and appreciation for, diversity in our community as associate integral a part of faculty life.

Abbottabad Public school or APS is located in the Abbottabad, Khyber Pakhtunkhwa Pakistan. It was established in 1960 APS follow the British Curriculum. 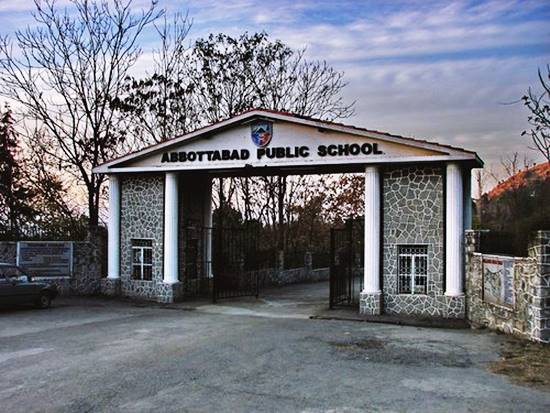 [adsforwp id=”3715″]
Roots School System is Pakistan Private based School System, They have more than 85 Campuses in different cities of Pakistan. And It was established in April 1988.

Froebel’s International School or FIS is located in the Islamabad, Rawalpindi, Lahore, Faisalabad, Wah Cantt. It was established in the year 1975. It is a private schooling network. It also one of the best school in Pakistan. They have total five campuses in different cities of Pakistan. They provide A-level education with the curriculum of Edexcel and Cambridge. 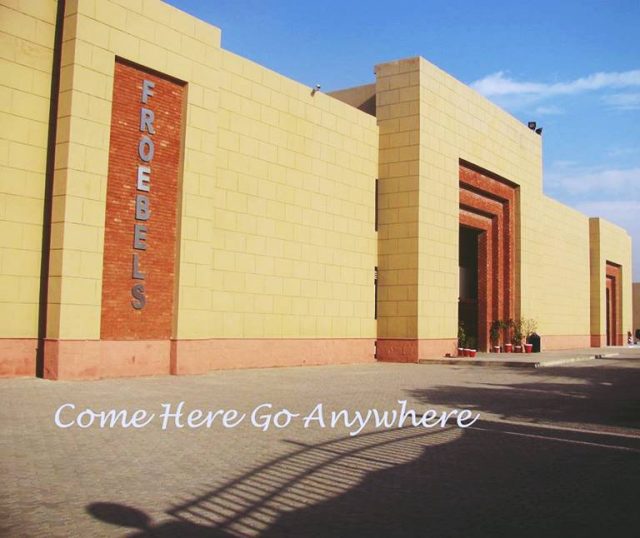 Army Public School and College or (APSACS), is one of the best school in Pakistan.  It was established in 1975. With the motto of “ I shall rise and shine”. It has more than 35 branches located in all five provinces of Pakistan. 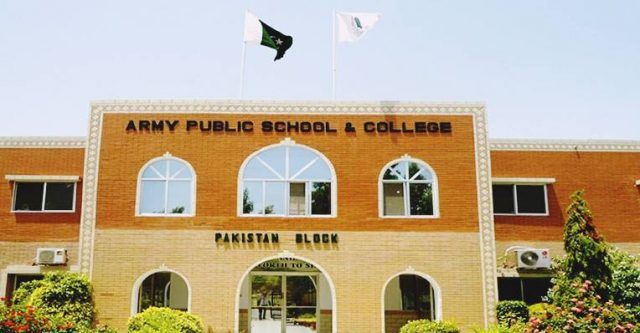 Head Start School is one of the best schools in Pakistan that offers an excellent quality of education to their students. They consider education as the most important part of life and also give a big bundle of extra co-curricular qualities to their children. They have skilled and trained teachers that are truly focused on their work to make children the stars of the nations. So you can also select this school for your children. SuperNova School is a private school located in the heart of Islamabad. It offers preschool, elementary, middle, O, and A-levels. It’s registered at the Cambridge International Exam. In addition to the curriculum, the school also involves its students in various extracurricular and extracurricular activities.

For example, a school celebrates Peace Day to tell students about the importance of peace. In addition, the school has many facilities, such as computer classes, gyms, etc. Also. The teachers are so friendly and cooperative and work hard to make one’s future bright! Did we miss any best school of Pakistan or do you want to add anything in this list of “Top Best Schools in Pakistan 2021” . Tell us in the comment section below and also remember, These were the best school in Pakistan because they have maintained their quality education from the beginning till today.

They have produced some of the most learned and capable students who have become leaders of today. However, these are not the only good schools in the country there are lots of other good schools where your child can get a good quality education. 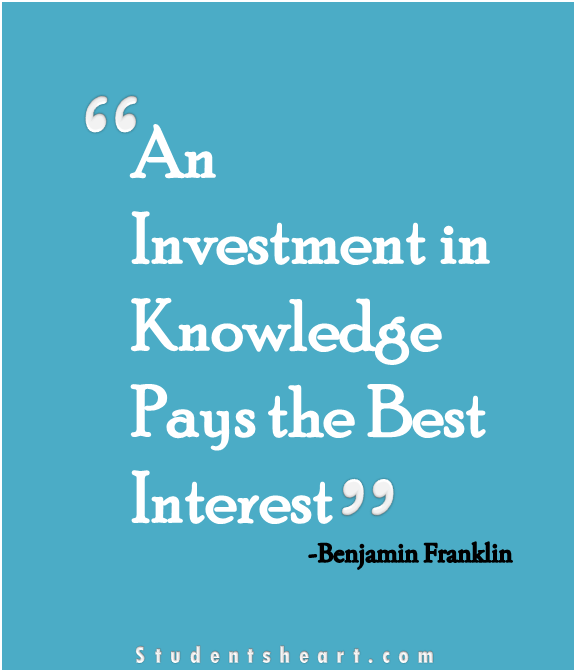 Share this post with your friends and family and let them know about these “Best Schools of Pakistan”, and also do not forget to comment down below if you feel any query or you have any suggestions regarding our post.

List of Most Repeated NTS MCQs From NTS PAST PAPERS